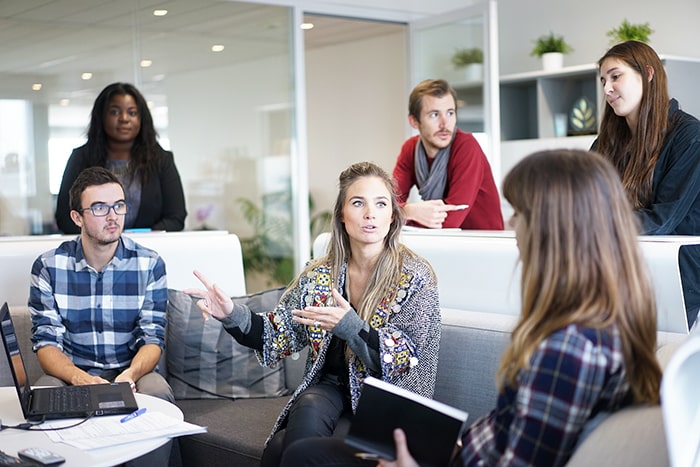 The Conversation is an independent source of news and views that are carefully sourced from the academic and research community and delivered directly to its readers. Their team consists of professional editors who work closely with university and research institution experts to unlock their knowledge for use by the public.

They aim to help rebuild trust in journalism. All their authors and editors have to sign up to their Editorial Charter. All contributors must abide by their Community Standards policy and The Conversation allow authors only to write on a subject on which they have proven expertise, which they must disclose alongside their article. Authors’ funding and potential conflicts of interest must also be disclosed. Failure to do so carries a risk of being banned from contributing to the site.

The Conversation launched in Australia in March 2011. Their innovative technology platform and development team is based in the university and research precinct of Carlton. In May 2013, they opened an office in London where they based their newsroom. They now have editorial newsrooms in Melbourne, London, Boston, Paris and Johannesburg.

When The Conversation first decided to localize in French, they were already active in four English speaking regions. Their development team were all monolingual Australians, and colleagues who would provide translations were in Paris. With no prior experience with translation and localization processes, and more than 2000 keys to be translated, The Conversation team knew that a manual localization would result in a lot of overhead for developers and translators, with questionable end results. Thus, their Technical Director, James Healy, started a search for a single solution in terms of a Translation Management System that would provide them flexibility and easy management of the whole localization process.

The process for localization was a team effort in which several developers worked with James on evaluating several different TMS providers. They quickly identified several localization systems and prepared a detailed requirements document. “Our project is built with Ruby on Rails and we decided to store translations in the standard rails YAML format. It was very important to us that the translation management solution integrated with our automated build and that it added minimal friction to our development processes”, said James Healy, The Conversation’s Technical Director.

When it came to choosing a translation management system to work with, they had identified several different solutions. Amongst them, they selected Phrase because its API allowed them to easily integrate it into their automated build process and Slack. The Conversation´s Technical Director, James Healy, shares that “We evaluated a few different solutions on paper, but Phrase was the only solution we advanced to a trial phase. I wanted to add as little friction as possible to our lean development, and Phrase’s API gave us exactly that.”

Within Phrase, James has a quick and easy access into the localization process. Using Phrase’s comprehensive dashboard for all current translation projects, he can keep track of progress and communicate with both developers and translators. Slack integration further ensures that the whole team is kept informed of all new activities and projects.

Phrase proved crucial to the whole process as it provided The Conversation’s team with a centralized and standardized place where developers and translators can collaborate in real time. Phrase’s intuitive UI allowed translators to quickly adapt, and API allowed developers to easily setup a process that pushes English phrases to Phrase. Once the workflow was established, the localization project was completed in less than ten weeks.

Furthermore, the option of simply uploading YML/YAML files and editing them online, proved vital to the team since they were using YAML locales format. This feature allowed them to automatically validate placeholders, prevent bugs, and set up new segments via the web interface.

In just ten weeks, The Conversation and their monolingual development team have been able to launch in French. “It’s difficult for me to say how much developer time we saved since this was our first time to use a translation management system. But Phrase worked seamlessly and enabled us to quickly expand to a new market with no surprises or changes to our lean development practices,” said James Healy, Technical Director, The Conversation.

During the initial rollout, The Conversation’s l10n and i18n team consisted of 5 developers and 2 translators working full time for 10 weeks on localizing their 5-year old code base. After the roll-out the locales are maintained by only one developer and one French translator.

Currently, with the new Localization set-up, The Conversation is able to deploy the app several times a day and get translation updates within 24 hours.

As for expanding to other languages, Healy continues, “We are now in a process of using Phrase for another language and, while the first process took us 10 weeks, we expect to cut that process in half.”

Organize all your translation tasks by assigning team members, providing briefings and setting due dates to the locales of your choice.

Always stay informed about all the latest changes in your project through notifications directly in Phrase and via email.

Founded in 2011, The Conversation is a global media resource providing cutting edge ideas and people who know what they are talking about.