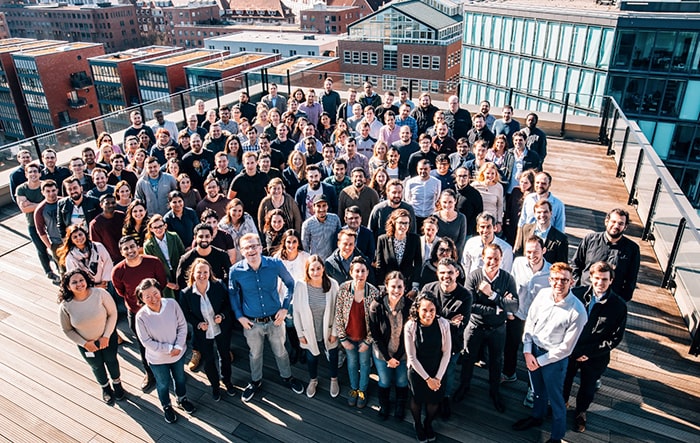 The Hamburg-based fintech startup Kreditech aims to build better banking for everyone and currently operates in nine countries. It not only issues credit to private individuals, but is developing banking technology and supporting services. As the fintech startup scene is set for global expansion, Kreditech is in a privileged position, since it has proven an extraordinary time to market in new countries and it is now prepared for future stable international growth.

Kreditech used Phrase, a translation management solution for web and mobile translation projects, to accelerate the localization process and boost international expansion. Despite early success, Kreditech needed a solution to help scale their international business more efficiently. Phrase gives companies an advantage in the global marketplace as multilingual websites, apps and desktop applications can be easily implemented in multiple languages and are marketable more quickly. Hence, the barrier of entrepreneurs for internationalization decreases drastically. Companies are flexible for multilingual adjustments, so they can adapt more quickly to new market conditions.

After having released their products in the first few countries, the fintech startup discovered Phrase to automate its multi-language operations and expand its reach. It started using Phrase to accelerate the localization process and was able to boost international expansion. Initially Kreditech made use of XML files when handling localization, with a basic structure composed of sections, properties, and values. Everyone involved in the localization process had access to one single file. Developers, translators and project managers edited the same single file, often causing errors.

Translations made in the wrong locale or breaking of the document structure generated tremendous administrative overhead.

By using Phrase, Kreditech was able to integrate the In-Context Editor for the translation of strings directly on their web platform. Instead of just translating a set of ‘geek strings’, translators were able to grasp the context, seeing where the transition is actually placed in the application. This seems basic, but it helped Kreditech in handling the creation and continuous update of more than 750k words, saving time and costs as well improving overall translation quality.

Large localization projects usually involve many different parties. Phrase made it easy for Kreditech to collaborate with a large team of translators, developers and product managers. It was easy for them to handle their team of more than 60 involved users on Phrase, with different roles and access to the system.

A developer may have access to create strings in all projects, but a translator may only edit the translation copy in a specific language.

Ricardo Vidal (Head of Product) about their Phrase integration:

Since Kreditech has more than one product in some countries, Phrase eases the portfolio management by creating more than one locale for the same country with no effort. A fast time to market is essential for fintech companies such as Kreditech. Each time the fintech startup launches a product in a new country Phrase is helping Kreditech save a large amount of time.

Kreditech easily integrated Phrase in its overall development process. Phrase helped to reduce their time to market for new products and markets significantly. Today Kreditech has a portfolio of multiple financial products, supporting 30 different language versions in 9 countries with ease.

The Phrase In-Context Editor can be integrated within almost any web application and provides the possibility to translate content directly on your site.

The Hamburg-based fintech startup Kreditech started as an idea for an alternate credit bureau in 2012 and has evolved to a lending business where the subsidiaries issue small loans for short durations. It serves a simple mission: “Better banking for everyone”. By using big data, complex algorithms and automated workflows Kreditech is capable of calculating an individual’s credit score in seconds. Today Kreditech has a Portfolio of 4 financial products and is currently supporting 30 different language and product versions in 9 countries.