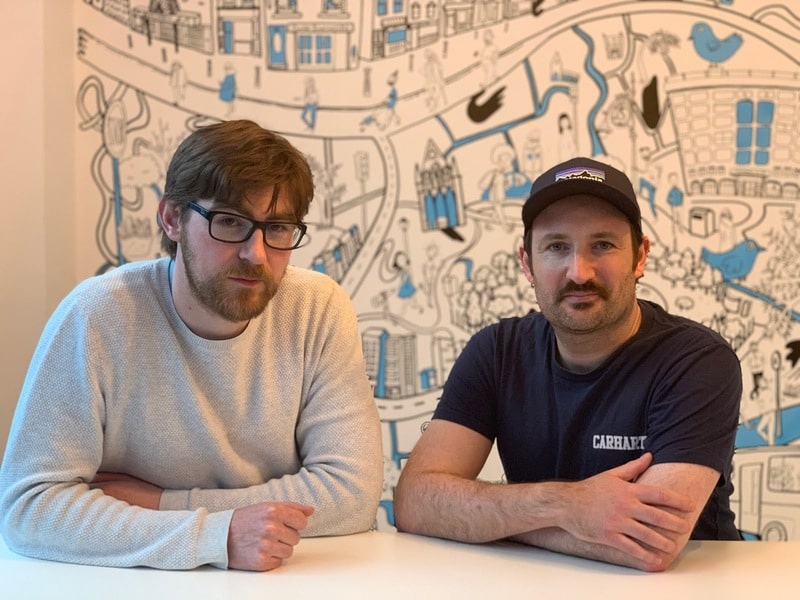 The fast and scalable localization solution for small teams

Tito CEO, Paul Campbell, had the vision to take the stress out of purchasing tickets. With a team of ten, he has enabled organizers to set up events in as many as 17 languages. Tito’s team quickly realized that adding more languages to their software would open up opportunities in new markets. This has become a critical factor in helping Tito get closer to their goal of reaching a globally-inclusive customer base.

Since Tito is built on Ruby on Rails, the company was looking for an easy localization solution that would integrate seamlessly with their app. When they found Phrase – the all-in-one, web-based localization platform – the team streamlined their once clunky workflow. They are now able to release new languages, from start to finish, within a week.

As Tito’s customers were requesting new languages regularly, the company saw tremendous potential for expansion. However, their localization was not matching this fast pace, and integrating new languages into the software took longer than expected.

For localization, Tito initially used flat yml files in their Rails app which were “a nightmare to maintain” according to Paul. It was an ongoing challenge to keep the workflow organized. Since this process had become so intricate, only one person was tasked with it, which caused difficulty for them as they had to balance those responsibilities with their full-time role on the engineering team.

Furthermore, Tito was solely relying on external translators. The team manually coordinated and supervised the translator’s tasks, which added to the mounting pressure to meet their client’s demands. Tito’s team saw a huge opportunity to automate and streamline their localization workflow to speed up their expansion.

Localization made simple and fast

Tito was eager to get started with a localization platform that would support Ruby on Rails and provide solid team management features. They found their ideal solution in Phrase and “it was really easy to import our yml files and get running quickly,” recalls Paul Campbell. Phrase’s responsive support team and intuitive user interface made the transition painless.

Tito soon noticed that Phrase would also allow them to order translations directly in the platform – a key feature they didn’t know to look for in a software localization platform at first. Now, the translations are automatically delivered within only a few days, even with over 600 keys to be translated.

“Usually when a customer requests a new language, after we order it in Phrase, it will typically be live within a week. A few days for the translation order to complete, and a few days to get live into production,” states Paul Campbell. The improved translation speed shaves valuable time off new releases.

Also, change requests for established languages are simpler than ever with Phrase. When a customer asks for specific keys to be changed or added, Tito can work with the client to update those keys directly in Phrase. Then, all the team has to do is download the resulting yml files to update their app. It’s fast and easy.

Phrase’s all-in-one solution has transformed the way Tito localizes their software. Instead of one person being tasked with the process, any one of the five people in their development team can now manage the translations. The shared responsibility for localization adds additional flexibility and speed to the process. Paul points out: “Phrase allows us to quickly and easily add new languages as our customers demand them, and act as the 'source of truth' for those translations, easily sharing them between different parts of our app.”

When one of Tito’s customers requested Icelandic to be added to the app, they were able to order and implement the new language in under a week. With the help of Phrase, they delivered on their client’s request efficiently and can now serve future customers in the Icelandic market, bringing Tito’s team one step closer to reaching their expansion goals.

“Phrase is one of those “just works” apps when it comes to translating an app. Our checkout is now available in 17 languages, but it doesn’t feel in any way heavy to manage all of those translations. Phrase takes away the operational complexity of managing all of the translation files, and we can just get on with building the app.”

Organize all your translation tasks by assigning team members, providing briefings and setting due dates to the languages of your choice.

Tito is a design-led online platform for event ticket sales. Founded in 2013, Tito has sold over EUR 500 million worth of tickets in over 2,500 cities worldwide.

What does Tito offer?

Organizers of all types of events from all over the world use Tito to streamline their ticket management process.

What can you do with Tito?

With Tito, organizers can optimize the ticketing process of their event. Organizers can not only sell their tickets online and stay in touch with their team members, but also access statistics about their sales and financial data, run reports, and analyze the performance of their event.

Time to get started

Easy to set up. Free 14-day trial. Buy or cancel at any time.

Try for freeBook a demo