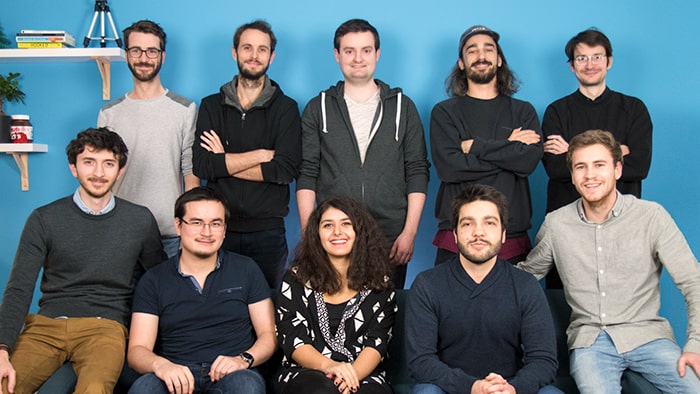 Accelerating and simplifying localization in the face of rapid growth

With a rapidly growing customer base and a constantly evolving product, Livestorm’s localization process was struggling to keep up with the increasing number of text strings and locales. Aiming to accelerate, streamline, and centralize localization, Livestorm implemented Phrase. The intuitive new platform is helping Livestorm save time and minimize translation errors – and crucially, the Phrase solution will scale seamlessly as Livestorm continues to grow.

When Livestorm launched in 2016, the majority of its customers were based in France and the USA – but it wasn’t long before it gained traction on a global scale. Today, Livestorm has customers in more than 40 countries, and catering to such a linguistically diverse user base is no easy task.

Internally, the team developed a meticulous checklist to avoid mistakes while implementing a new language. Yet, as the scale of localization grew – with more languages, text strings, and employees involved – the checklist became more cumbersome than effective.

Solution: Phrase - easy to use, easy to implement

Robin Lambert, Co-Founder and Product Designer at Livestorm, leads the localization team, and he was responsible for choosing the new solution. Robin comments: “By far the most important selection criterion for us was ease of migration from our old system. The last thing we wanted to do was manually reproduce all our spreadsheet data. Phrase’s powerful importing tools and excellent onboarding team made it an easy decision.”

Livestorm was also impressed by Phrase’s user-friendliness, and its extensive format support. Robin’s team works with both i18next and Rails i18n, so format flexibility was essential.

Phrase consolidates all of Livestorm’s localization tasks into a single, easy-to-use dashboard. Translators can work directly through the dashboard, which completely eliminates the need for spreadsheets. Similarly, Phrase enables a centralized, well-defined localization process, so Livestorm no longer has to worry about manually following a complex checklist.

Robin adds: “With the help of Phrase’s Customer Success onboarding team, implementing the solution took less than two weeks. That is quite a feat considering how complicated our legacy process was when we made the switch.”

Phrase is delivering time-savings through a host of features. When maintaining spreadsheets, there was always a risk of accidentally deleting valid keys; but with Phrase, that is a complete non-issue. Likewise, Phrase’s search engine and progress tracking tools make it easy to find particular keys or see what needs translating. Last but not least, with Phrase automating many of the processes that Livestorm developers used to perform manually, adding new languages is now significantly more straightforward.

Most importantly of all, Phrase is fully scalable, so Livestorm will be able to keep enjoying all of the benefits even as the company size and scope of localization continue to grow.

Thibaut concludes: “Phrase has already made it possible for us to double the number of people involved in localization internally, and that number should scale nicely as the team grows. It’s great knowing that we can expand the localization team without increasing the complexity of the process.”

The API allows you to import locale files, download locale files, tag keys or interact in other ways with the localization data stored in Phrase for your account.

Livestorm is the web-conferencing software for companies of all sizes looking to host webinars and online meetings for marketing, sales, communications or online classes. It is accessible from any device, directly from a web browser with no download required. Companies around the world trust Livestorm to host their webinars – and last year alone, conferences on the platform were attended by participants from more than 150 countries.